The Pros And Cons Of Nuclear Power – An Insiders View

Posted by echoadmin in Energy 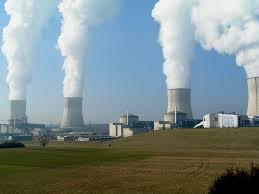 Hi, and welcome to my first post on my new blog. I wanted to start off with a subject that is very close to my heart – the risks associated with generating electricity using nuclear power! Many people throw their hands up in horror when I bring up this subject but, after spending a few years at a high voltage cable jointing  company, I got a different (insider) perspective on the whole issue. As with most things, its not a s straightforward as you think at first consideration. Let me explain more.

In the modern world, the use of gadgets to do different things automatically or for the sake of utility and entertainment is on the increase. To power these gadgets, there has been the need to find efficient and eco-friendly means of electric power generation that will see to it that sufficient power is generated without creating adverse effects to the ecosystem.

Answering to the above call are many power generation methods but the most efficient alternative I being nuclear power. The major advantages of nuclear power generation that give it the edge over its competitors is that it emits very small amounts of green house gases and can generate large quantities of power from little fuel and using little space.

However, electric power generation is not as simple or straightforward as many have taken it to be. Many problems face the technology with the main being the disposal of radioactive fuel wastes. Research has shown that these wastes have to be monitored for thousands of years before they lose their radioactivity and be safe for the environment one more.

Another risk that constantly accompanies the use of nuclear power is the risk of accidents. Managing such vast amounts of energy can be a very risky venture. Even though comprehensive safety measures are taken when building such plants, accidents can never be eradicated and when they happens they are usually very fatal.

Due to their high explosion and damage capabilities, nuclear electric power generation becomes even a threat to the national security of a given state. This is because such plants make good target points for terrorist attacks. A major attack on a nuclear plant will have catastrophic repercussion both to that nation and the world as a whole.

With all the above complications in mind, any nation will have to deliberate deeply before deciding on building a nuclear power plant.  The time frame needed for formalities planning and building of a new plant ranges from 20 to 30 years meaning that nuclear power cannot be a short timed solution to a countries power needs.

One final thing that comes as a setback to this style of electric power generation is that the material used to generate the energy to power such plants is derived from a rare mineral. Uranium is not that easily available and it is estimated that with the current demand it will not be possible to power earth for the next 30 to 60 years.

Even though nuclear power generation might seem to be a lucrative venture, it is very necessary that all its cons be known before supporting anyone lobbying for it.  We are commonly duped by its advantages and throw caution to the wind ignoring its disadvantages which have very weighty repercussions.