Shipping Containers – How They Revolutionized The World

Posted by echoadmin in Business 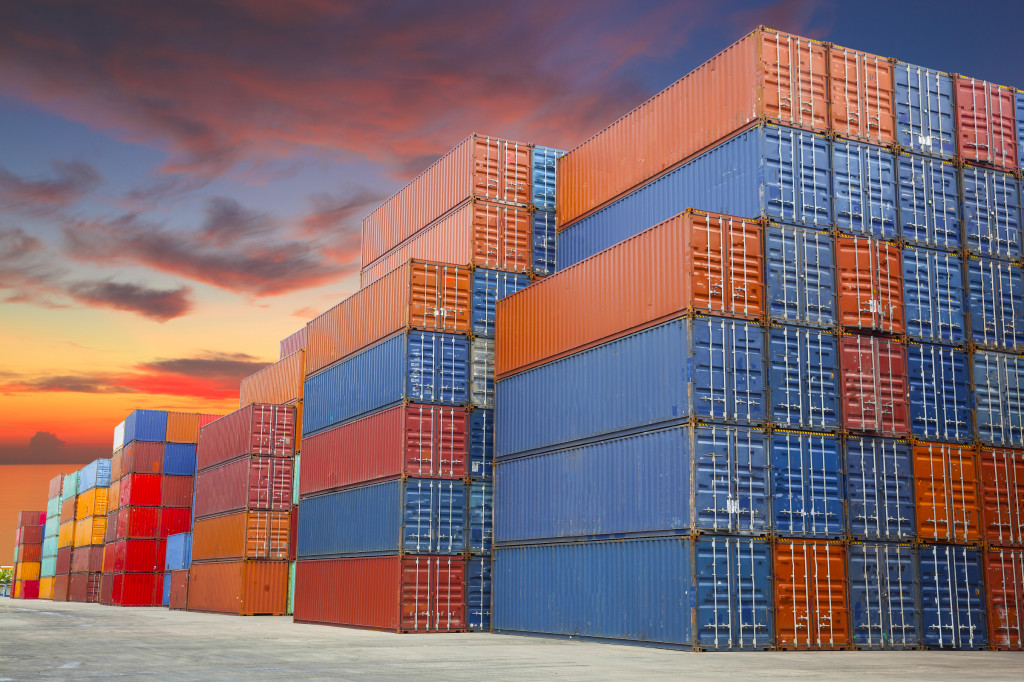 Everything is everywhere these days. Check out the supermarket — orange juice from China, nuts from India, swordfish from Japan, lagers from Czechoslovakia, scores of European cheeses. And most of it transported around the world in standard 20 foot shipping containers just like the ones used by Shore Porters

You name it, it’s there. But, not when I was growing up. You’d never taste a range of French cheeses or Bohemian lager beer. At least, you couldn’t unless you were very rich and could go anywhere when the fancy took you. But, all that has changed, and it’s not just foods.

Everyone knows it was invented and designed at Cupertino in California, but who knows where the complex bits and pieces of its innards are made or assembled? Apple doesn’t say. The industry credits China, Japan, Germany, South Korea and, of course, the United States itself. Just think for a moment of the trillions of parts and finished goods moving cheaply around the world every second, a small portion by air, but most by sea.

We call it globalization, but the man who basically made globalization a reality in our lives is too little known. This is his story.

The story of the man who makes your day.

In the Great Depression of the ’30s, when millions of Americans were out of work, worse than now, Malcolm McLean was a 24-year-old truck driver. He got a job to take cotton bales from Fayetteville in North Carolina all the way to a pier in Hoboken, New Jersey for shipping overseas. He was glad of the work, but when he arrived he got bored out of his mind, sitting in his truck waiting and waiting and waiting on the docks as the worker ants muscled crates and bundles off other trucks and into slings that lifted the goods into the hold of the ship.

On board the ship itself, with much yelling and arm waving, the stevedores then unloaded each sling and saw its contents placed in a designated position in the hold. Malcolm wasn’t just bored, he was fuming. His income depended on getting back to North Carolina to pick up more loads in his truck. Out of the frustration, inspiration struck. Wouldn’t it be great, he thought, if my trailer could be lifted and placed on the ship without its cotton bales being touched.

Yes, it would be great.

It would be revolutionary.

For centuries, general non-bulk cargo had been shipped in the process he watched. It was called break bulk shipping. Boxes, bales, crates handled piece by piece. What Malcolm envisaged would have saved him only a day, but it would have saved everyone else something like two weeks in loading and unloading the ship. On average, it was eight days to haul and distribute break bulk shipments in the hold, plus another eight days at the other end to retrieve and distribute. All that time would have been saved if Malcolm McLean could have just driven his truck onto the ship and at the other end, driven it off.

Well, today that concept is a reality. The concept that occurred to Malcolm is known as containerization.

It has done more than just save a great deal of time. It’s the reason why we have a thriving global marketplace, offering us that infinite variety of things, and it’s the reason we can move cargo from remote parts of the world at minimal cost. Malcolm had his idea in 1937. The 24-year-old truck driver sitting in his truck in Hoboken was 40 before he did anything about it.

By then, he’d built his one truck into a big trucking company. He borrowed money from an enterprising vice president at Citibank in New York, and set about designing the steel boxes and the decks of the ships to carry them stacked one on top of another.

A lot of people thought he was crazy. Inventors always attract armies of naysayers who can never remember how critical they were. For our part, we should remember Malcolm McLean.

It was the beginning of the container era, shrinking our world and enlarging human choice.